The mission of DevSec Hardening Framework is to provide users with the best content to stay secure across their infrastructure fleet. We started by providing hardening solutions written in Chef cookbooks, Puppet modules as well as Ansible modules. Beginning of this year, we started to transform our testing suite into standalone InSpec baselines. Since then we added more and more baselines like Nginx, TLS/SSL, OpenStack, MySQL or PostgreSQL.

We are happy to announce that we got a major contribution by Kristian Vlaardingerbroek from Schuberg Philis. He wrote two new benchmarks and contributed those to our open source project:

We like to thank Kristian and Schuberg Philis for their amazing work and their efforts to make security more accessible to our DevSec community. 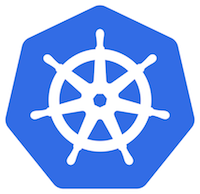 Kubernetes is one of the leading container orchestration platforms from Google and part of CNCF. While our existing CIS Docker Benchmark verifies a single-node deployment, the Kubernetes profile is going to verify the container orchestration platform. Now, DevSec users have the ability to secure their containers in production. The benchmarks use InSpec which allows you to adapt and extend the profile to your needs via profile inheritance. A sample test in InSpec looks like:

Please go ahead, try CIS Kubernetes Benchmark. As all other DevSec baselines, this profile is also registered to the InSpec Supermarket. Therefore you can easily use it.

Please let us know your feedback and report any issues.

We see more and more workload is moving into containers. To secure linux containers, DevSec has provided Linux Baseline and SSH Baseline for a very long time. With the addition of CIS Distribution Independent Linux Benchmark we are able to extend our capabilities to provide an industry benchmark as well. You can use the profile by using the InSpec Supermarket, too:

We hope you enjoy the new capabilities.